"We got into this business because we loved movies. 'Night Eyes' had come out and was very successful on video. So we came to see that there was a genre we could build a company around.

We had script meetings and story conferences and we truly tried to make the films as entertaining for ourselves as possible. The women are the strong, assertive characters who are driving the stories, who are manipulating...the men are dancing on the strings.

We didn't want to go broke though. We didn't get up every day and repeat the mantra of the genre we were in. once we made the decision, we understood the realities of the marketplace. We were respectful of the genre, we understood what we were making." 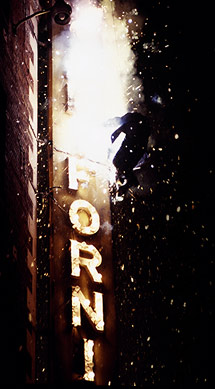